THIS MONTH IN PARLIAMENT – MAY 2022 As expected HRH the Prince of Wales, ably accompanied by the Duchess of Cornwall and Duke of Cambridge, opened the latest Session of Parliament on 10 May, standing in for Her Majesty as her Platinum Jubilee approaches.  It must be a very real assumption that Her Majesty will […] Roch Muraine, Worldwide Sales Director for Transportation at Alcatel-Lucent Enterprise explains why delays shouldn’t be normal and how data can be used instead The queues at Dover in recent weeks are reminiscent of every travelling nightmare. While 23 miles is a harsh reality, many of us encounter traffic queues and delays in our daily lives, and […]

From Now to Net Zero – A Practical Guide for SMEs Small and medium sized enterprises (SMEs) account for 99% of UK businesses, three fifths of employment and half of the total turnover of the UK’s private sector – so it follows that SMEs must play a vital role in sustainability[1]. Glenn Bemment as the Head of Sustainability for SMEs and Mid Corporate businesses at Lloyds […]

All rather depressing, really…. Ahead of the local elections you might have thought that politicians might want to improve the image of their craft. So how did it turn out? Pauline Gaunt OBE, reports in ITT Hub’s unique industry summary THIS MONTH IN PARLIAMENT – APRIL 2022 Parliament has had a pretty short April.  The Commons broke up for […]

The rise of the UK warehouse and the ‘golden logistics triangle’ ANALYSIS: The growth in online shopping has contributed to an increase in the number of warehouses and other logistics premises in the UK, with the so-called “golden logistics triangle” of the Midlands having expanded, reports the Office for National Statistics. The result has big implications for local employment – including the ability to recruit locally-based […] The journey for commercial fleets from traditional fuel to EV isn’t as hard as it may seem. Chris Chandler, Principal Consultant, Lex Autolease, introduces business owners to the top tips for embracing EVs, examining operational considerations and how to ensure that businesses can transition sustainably and efficiently. It’s a journey, so where do you start? The first consideration with […] While in UK transport terms it’s been relatively quiet in Parliament – although there’s still been some business – the Spring Statement, Ukraine and P&O have kept MPs occupied, reports Pauline Gaunt OBE, in ITT Hub’s unique industry summary THIS MONTH IN PARLIAMENT – MARCH 2022 There have been many occasions on which Presidents, Prime […]

A significant milestone on the road towards automated driving

Mercedes-Benz has announced that it will accept legal responsibility for collisions that occur in cars fitted with an ‘L3’ Automated Lane Keeping System, when directly caused by a fault with its technology but not when the driver has “failed to comply with their duty of care”.  With this news representing another significant milestone on the road towards […]

A return to normality? As the month started, the row over party-gate and Covid restrictions took much political air-time. By the end of the month, the invasion of Ukraine had swept everything off the board. Despite this, transport was still being examined, reports Pauline Gaunt OBE, in ITT Hub’s unique industry summary THIS MONTH IN PARLIAMENT – FEBRUARY 2022 […]

Decarbonisation through electrification – a comprehensive overview

Although climate change is one of the biggest challenges of our time, it holds immense opportunities for creative and innovative solutions. Energy company Vattenfall explains why it has a unique position to seize these opportunities and transform itself and other emitting industries on an unprecedented scale. Vattenfall’s goal to enable fossil-free living within one generation means making […]

Vehicle fortune-telling: Did the past predict the future? 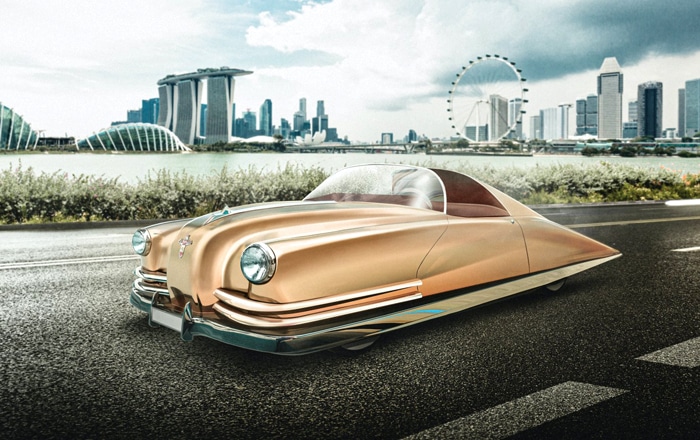 From self-driving vehicles to flying cars, past auto predictions have been both creative and forward-thinking – but how far off were dreamers of the past? Did they successfully foresee future car innovations?  John Hannen of Grange looks at a few predictions from decades ago, exploring how realistic they ultimately were Fantasising about the future has […]

Why is battery storage key to reaching net zero? THOUGHT LEADERSHIP: While renewable energy is zero-carbon it is also intermittent, meaning it is only generated when the wind blows and the sun shines. This is where batteries come in. But to make best use of the technology, reforms to payments for use of grid are urgently needed Once generated, power flows directly into the […]